"You attract the right things when you have a sense of who you are."   Amy Poehler 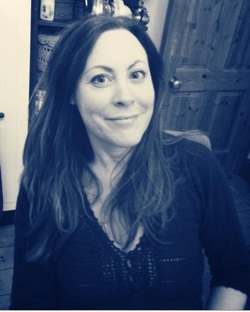 The story of my 'life experience' - the one that folks find interesting anyway - begins in 1988, a thousand years after the Vikings came to Dublin. I was a wild and feckless thing, breaking my mother's heart, selfish as only a nineteen year old girl can be. When I found myself pregnant, everything changed. I withdrew from my social circle, hung around with my parents and genuinely considered the life growing inside me. The boy responsible was a cad, and ran off with something between his legs - maybe it was his tail, I don't know; it might have been his honour. I gave that baby up for adoption, a heartbreaking decision and I carry the pain of that loss every day. My story was told in the TV3 television programme Adoption Stories and I spoke about it in a TEDx talk in 2017. During lockdown, I wrote a book about my story and how I made peace with the pain.

As distraction from my heartbreak, I found myself helping out backstage in the local amateur musical society where I found both my future career and husband; within a couple of years, and with the encouragement of creatively minded souls, I began to direct plays, musicals and opened a drama school. Nothing has given me greater joy than to see the transformation of a person through creative endeavour. Over time, the performance mattered less and the process became the key to growth, confidence and empowerment. My niche, as it came to be organically, was building confidence in people of all ages, abilities and persuasions, using drama only as a tool to carve out the core of a person's true inspired path. The fun and the laughs and the entertaining performances are a bonus. I came to see myself as a creative facilitator rather than a drama teacher. The abuse of the vulnerable - or bullying - is something I passionately want to eradicate - I believe we need to empower people through creativity and self discovery, rather than pander to tired and ineffective programmes and viewpoints. That's why I love when a non dramatic person signs up to my classes - sometimes the people who would most benefit from it are put off by the word 'drama'; to them it conjures up the idea of over-confidence and exuberance; a world where the 'best' win prizes for having the loudest voice. Diversity in my classes has been key to the overall development of everyone. And so, I began to write plays around the strengths of each of my students - where they could shine and make people laugh or think or cry. Once I discovered the power of this - both my ability to do it and the benefit to the individual, I wrote voratiously. I encouraged the teachers who worked for me to do the same and so another spiral of creative endeavour began to work its magic in the school we all called our happy family.
Thirty years is a long time and I've seen so many students grow and shine. I've opened centres in Stillorgan, Dundrum, Foxrock and Lucan; I've trained my own pupils to become teachers and proudly watched my own daughters take over the running of the school until the pandemic threw everything up in the air. But you can't keep a good thing down, and so I find myself back on Saturday mornings, working with youth theatre and special needs groups (I never really enjoyed my Saturday morning lie-ins anyway ;) because people need to be creative. After all, even under the most difficult circumstances, the show must go on!